With Growing Talent 17 in full swing, I’ve been making site visits all week.  One of the stand out ones was Delroy at Ballymore in Vauxhall.

Ballymore were taking part for the first time – so no pressure on Delroy to impress!  Joining the GM’s team at their Empress Gardens estate, Delroy is currently looking after the day-to-day maintenance of one building.  As a high end residential block, everything has to be pristine.

Located adjacent to the new American Embassy the area is developing quickly with new businesses and executive homes being built in the area.

Ballymore not only build residential and commercial properties, they maintain and run them as well.  Meaning customer care and relationship building are just as key to success as job ‘know how’.

Delroy is already being looked at for promotion as the estate is growing to nine buildings and he’s only been on site four weeks!  He’s absolutely loving it.

As his first job since 2010, no formal qualifications and only with the experience of running his own business, it was almost impossible for Delroy to secure the right role for him through the traditional route.  Through Growing Talent, he’s been able to showcase he is right for the role with Ballymore and changed management’s mind on the talent and potential amongst the ranks of the unemployed!  They confirmed they will recruit through Growing Talent again – great news, thanks to Delroy’s attitude and enthusiasm.

Delroy below in his own office complete with his own tropical fish tank for those mindful moments essential in any working day!

A strong career with Ballymore lies ahead for Delroy if he stays on course….. A great role model for others following him. 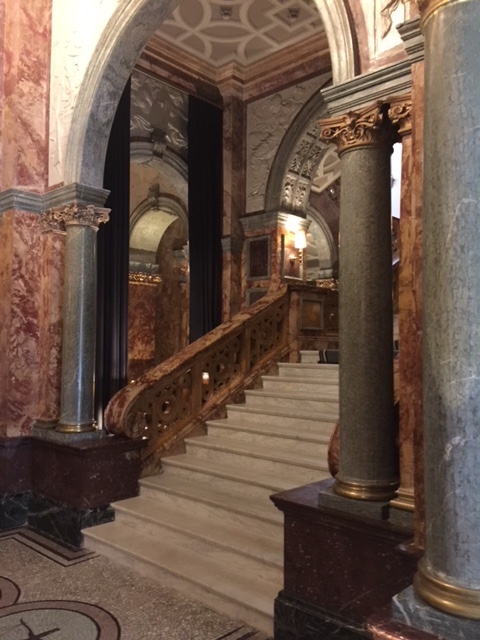 Yesterday I finally got to see the impressive restoration at The Principal Hotel, London.  As a listed building with multiple original vintage features the launch date was put back a number of times.

I’d met Charlie & Amy from the HR team almost a year ago.  They came along to the Growing Talent Graduation 2017 and Amy attended one of our employer speed dating events to see if they could recruit through Growing Talent. Yesterday, Charlie confirmed they were indeed ready to join us on Growing Talent 18 which commences at the end of July.

Some of the stunning interiors any selected Growing Talent Associates will have the opportunity to work in….

The opulent lighting really fits the atmosphere at the hotel…..

Take a look at the ‘Hollywood’ showers… 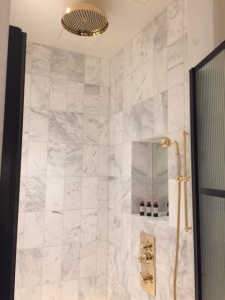 How intricate is this mosaic outside the Palm Court afternoon tea area?

Who doesn’t love a four poster???

Great area for a nice soak after a long day….

Overlooking Russell Square itself, despite being in the heart of London with all the bustle, you literally feel a world away inside the hotel.  A great opportunity for the right Growing Talent Associates…..