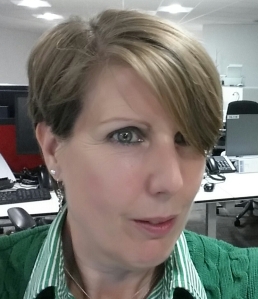 I’ve worked in recruitment for decades – literally!  The latter part of my career has been spent devising bespoke employment programmes for people from all backgrounds who need a little ‘polish’!

The Real Apprentice programme, which I devised back in 2006 and ran until 2013, saw around 300 people go into work.  Some stayed in touch periodically. Some I never heard from again.  Others would get in touch when they needed some help.

Three years ago, Stephen was on the Real Apprentice in Glasgow.  He worked so hard he secured the winner’s title and £500 prize cheque!  I last heard from him when he was applying to BAE Systems and needed a reference.  It was great at the time to hear he was continuing to push himself forward.  The ‘polish’ had worked!  He continued to believe in himself long after the Real Apprentice ended.

Earlier this week, I was flattered when he got in touch again.  With plans to relocate to Oz he wanted some help with his cv – which I was glad to advise on.

This is what he sent back.

‘Thanks for taking the time to look over my cv and give me feedback, much appreciated. The real apprenticeship was where it all started for me and don’t think I would be where I am just now if I never had that opportunity and your advice and support throughout was fantastic! It gave me the drive to want to better myself and get me where I am today.’

‘Hopefully the next e-mail I send you will be sent from sunny oz.’  Stephen

It’s made me realise that even when we don’t feel we’re really making a massive difference to people, we are.  Never stop giving your time and encouragement to others it makes more difference than you might think!

2 thoughts on “Nice to know you make a difference!”